Seperator systems for light liquids (e.g. oil and petrol) according to EN858

These systems are mainly used to treat the surface water collected from the parking lots, air strips, road surfaces etc. The basic function of the light liquid separation systems is the liquid/liquid separation -  separating the light oil, petrol products to the surface water that is further sent for regular treatment. The separated and collected oil and petrol products are collected and treated separately. The quality requirements for the systems somewhat differ between regions, in Europe there is a specific standard EN858 covering the design and usage of these systems.

The European standard EN858 is governing the basics for the separator systems of light liquids. This standard covers the separation systems for light liquids (for example oil, petrol) with density below 0,95g/cm3. The standard itself is devided into two parts:

I shall cover the types of the separators and their basic design in this brief report about the light liquid separation systems.

Separator systems for the light liquid separation can be divided into the following main categories:

The separators are divided into two classes rated by the performance: 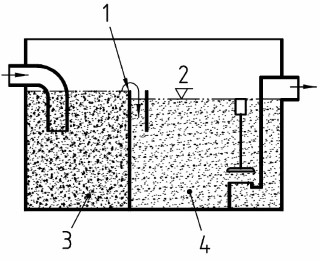 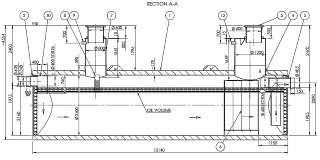 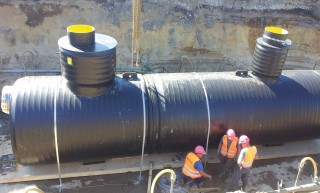 The nominal size (l/s) of an separator is determined by testing. The testing procedure is thoroughly described in the standard. Some main aspects for the testing are brought out here:

There is an option to approve the nominal size by design only for the separator systems with nominal size bigger than 50l/s, although according to the standard EN858 the nominal sizes are deemed to be determined by testing. The option is based on the EN858-1 Contribution of the French Mirror Group (P16E/GM8) concerning the hydraulic performance of separators larger than TN50. Shortly summarized nominal size of the separators with NS higher than 50 can be approved by testing minimum 3 separators of smaller NS classes, where at least 2 NS sizes must be tested from the range of NS10, NS15, NS20, NS30, NS40 or NS50. For detailed conditions and approval requirements please consult the document EN858-1 Contribution of the French Mirror Group (P16E/GM8).

There are also separate requirements and specific guidelines brought out in the standard regarding the the separators of NS150 and bigger, that are built in-situ.

Coming back to the start of this small report, in some countries the acceptance levels for such treatment systems differ completely from the European norms. To bring you an example. In Europe the nominal size of the treatment system is determined by the testing – the oil concentration at the inlet of 4250mg/l has to be reduced to the level of 5mg/l at the outlet. In Russian Federation the  separator system has to be capable of reducing the hydrocarbon content to the level of 0,05mg/l, so specific units for additional treatment are used to reach those levels. It is always a good idea to make sure what are the local standards and design your unit around those.