How Krah sewage pipes can reduce the spreading of disease

At first sight, sewage systems and the Coronavirus seem to have nothing in common. But let’s take a closer look at the corona virus and its transmission. The Coronavirus (named “Covid-19: Corona virus disease 2019”) was first detected in Wuhan City, Hubei Province, China on the 31 th of December 2019. From there, the virus spreaded rapidly from person to person in parts of that country. On January 30, 2020, the International Health Regulations Emergency Committee of the World Health Organization declared the outbreak a “public health emergency of international concern“ (Website of the WHO).

After the virus became known, more and more cases were reported each day and also more and more people died. Altogether, more than 1.400 people died in China, more than 60.000 got infected – and up to today, nobody can tell how many will follow. Infections with Covid-19, most of them associated with travel from Wuhan, also are being reported in a growing number of international locations, including the United States. Meanwhile, more than 500 reported cases of Covid-19 were registrated in 25 countries outside of China. Also in Germany, currently 4838 persons are infected, as stated from the Robert-Koch-Institute in Germany (as of 17th March 2020).

Coronaviruses are a large family of viruses that are common in many different species of animals, including camels, cattle, cats, and bats. Rarely, animal coronaviruses can infect people and then spread between people such as with MERS and SARS in the last years, and now with Covid-19. Many of the patients in the outbreak of respiratory illness caused by Covid-19 in Wuhan, China, had some link to a large seafood and live animal market, suggesting animal-to-person spread (Read more here).

Later, a growing number of patients reportedly did not have exposure to animal markets, indicating person-to-person spread. 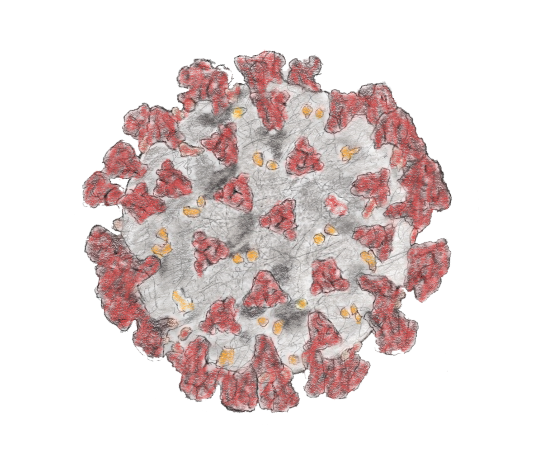 Recently, researchers and doctors have discovered that, in addition to infection via droplet infection, there is an additional transmission route - via the digestive tract as you can read here. This was also the case with the SARS epidemic a few years back, a virus similar to Corona. A few days ago, researchers from the Shi Zheng Li Laboratory at the Wuhan Institute of Virology found genetic traces of coronavirus in stool samples from infected patients. Colleagues from the USA also confirmed these findings. These genetic traces, also known as ribonucleic acids, indicate that the disease can continue to exist in the stool and can therefore naturally be transmitted. Smallest amounts of these on the hands are sufficient to pass the viruses further, from the hand they pass quickly into the mouth and can lead to infection. 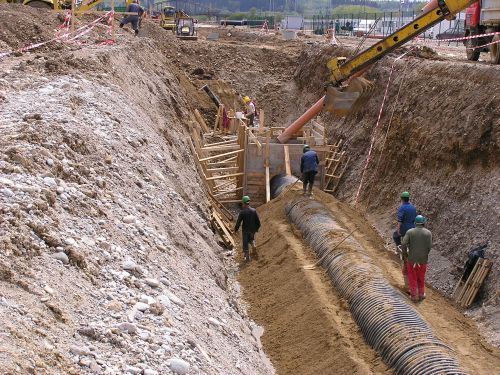 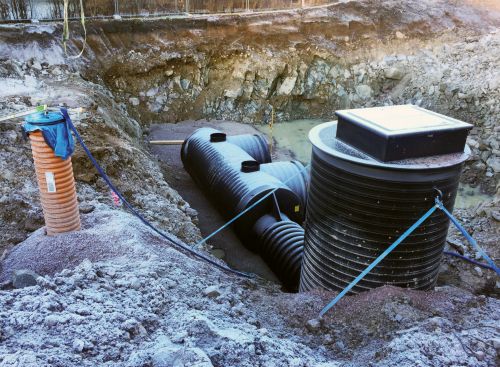 In some cases, infection is also possible via contaminated water - in water the viruses survive for several weeks. During the SARS epidemic in 2003, the virus was found to remain stable in the faeces of infected people for up to four days. As a result, a considerable viral load was released into the sewage system. An old, dilapidated sewage system can dramatically increase the spread of the virus. This then mainly affects the poorest countries, which often have old and damaged sewage systems.

Many developing countries don’t even have a sewage system where, according to the United Nations, 90 percent of sewage is discharged untreated. The wastewater then seeps into the ground and into lakes and rivers. Where there are no toilets, dirt and bacteria enter the groundwater unfiltered - the same water that people there use every day for drinking, cooking and washing. This is ideal for pathogens to spread rapidly. This is not just about the current corona virus - the next virus is already on its way.

But how exactly can a sewage system help stopping the virus to spread?

First of all, the pipelines have to be stable and sustainable, to lead sewage water where it is supposed to be – to water treatment plants. This can be reached by Polyethylene pipes, which guarantee a lifetime of 100 years.

Concrete pipes are quickly attacked by sewage and become dilapidated, cracks form and sewage emerges and gets lead into the environment. Due to the increasing climate change situation, the pipes should also have a sufficient large diameter, because in the coming years there will be more and more storms, floods and other catastrophes in which a well-functioning sewage system is a prerequisite for draining the massive water masses. Otherwise, there will be repeated floods in which streets, houses and families will be in water - optimal conditions for the transmission of a disease via water.

Furthermore, the sewage system should of course be leak-proof. A homogeneous system is achieved with our Krah pipes by welding the pipe connections, which guarantee a 100% tightness (see our Krah Jointing technologies here). Important is also the stability of the pipes. During earth movements, concrete pipes often crack and break at the joints - our flexible PE pipes withstand these vibrations and the welded joints also remain tight.

To sum up, a well-functioning, sustainable sewage system must be Tightness, dimensioning, durability, flexibility - exactly what our Krah-pipes provide. The appearance of ever new pathogens cannot be prevented with the increasing number of people - but the transmission of the pathogens can. A functioning and durable sewage system can contribute a large part to this. Rainwater and contaminated water must be drained and purified as quickly and safely as possible to prevent the spread of diseases. This should not only be standard practice in the rich countries - the poorest in the most populous countries should have a right to it, because here it is a crucial point for a life worth living and healthy.