Written by The Boss. Posted in Krah - News 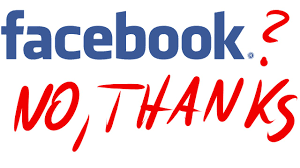 The Krah Group is not anymore active on facebook, because we were wasting time and energy updating this social network. This platform made no sense for Krah – we are back to the roots and we use our home-page www.krah.net to publish relevant news. We are not interested to show photos of "food" or "sunsets" and we don´t like to see videos of terror-attacks in New-Zealand.

Written by The boss. Posted in Krah - News 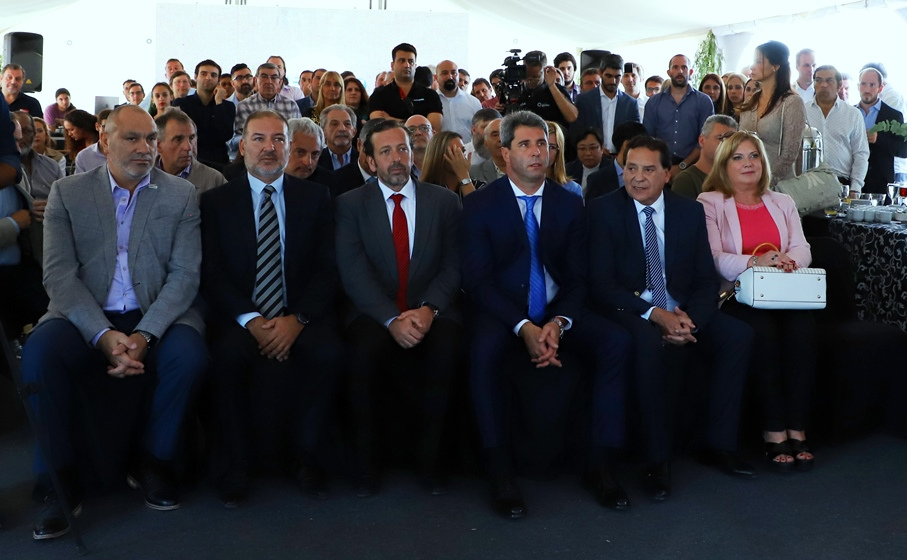 Krah America Latina open the second production location in Argentina – in San Juan. At this new location two brand news production lines for Krah-Pipes with an output of 2,5 tons/hour are installed to serve the local demands of pipes.

The local and nation wide famous Governor Uñac attended the grand opening and gave some warm words to all attending people.

A extensive report will be published soon – in the magazine “Improfil” and here on our webpage.

Krah America Latina SA has faced the challenge of developing PE100 pressure pipes up to 10kg/cm2.  Considering that the resulting stresses are proportional to the pressure load, we started by carrying out a finite element study on a DN800 NP8 pipe

Method: The socket - spigot joint corresponds to a pipe with nominal diameter DN= 800 mm and 43 mm thickness, subjected to an internal pressure of 8 Kg/cm2.  The material of the union of the socket - spigot and the pipe is Polyethylene PE 100, Modulus of elasticity E = 2500 Kg/cm2 (long term), Poisson coefficient: 0.45.

The study was carried out for the union by electrofusion, in three different positions of heating element, being the gap between the heating element and the bottom of the socket: case 1 40mm, case 2 60mm and case 3 20mm.

In order to carry out the study of stresses and deformations using finite elements, and given the revolution symmetry of the pipe, a model of π/2 of the pipe was made. A type of solid tetrahedral structural element was used.  This element has quadratic displacement behavior and is suitable for models with irregular meshing. Each element is defined by ten nodes having three degrees of freedom for each node: translations in the nodal directions x, y, and z. The element also has capacities for large deformations, plasticity and creep phenomena.

Results: The stresses in annular, radial and longitudinal directions were determined for the three cases, resulting in all the cases the annular direction the most important one. Consequently, their values are reported below.

An important update of DIN16961 is published

The German standard DIN 16961 for thermoplastic pipes with profiled wall structure is looking back to a long and successfully history. The first edition had already been published in September 1977 and it was one of the first standards for plastic pipes. If we would have the chance to look into the old standard, we would find that in few pages only the basics are described. Part 1 “dimensions” had only 3 pages and part 2 “general quality requirements, test methods” had only 4 pages. Nevertheless, it was a very useful and helpful standard during that time.

The company Krah was 1977 just 9 years old and in beginning of an impressive development!

In this old standard we can find already defined ring stiffness classes SR24  - measured over 24 hours with the argument to reduce the spread of test results. Still today many professionals worldwide prefer that test-procedure with constant load and 24 hour testing-time and that is the reason why it is still a major element of current issue of August 2018. Further, in the first issue of 1977, the diameter range was smaller and concentrated on ID pipes only. We find only very rough data for any technical requirements and for pressure application, just a simple comment stating that this matter has to be agreed between producer and user was sufficient.

From the beginning this standard DIN 16961 is considered as a general standard, open for all applications. For more detailed application-oriented requirements in the meantime the European Standardization Committees of CEN are responsible. For example, you find the EN 13476 for simple sewage application, published first time officially in the year 2007.

Boracay will be great again!

BORACAY will be great again!
How Krah-Pipes are helping to rebuild a paradise island.

History to reminisce of the Famous Tourism Island ……. 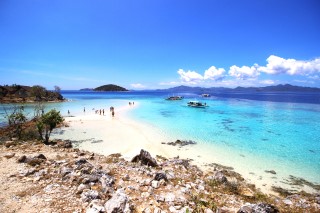 Boracay Island about 40 years ago was a very virgin and pristine place.  It is located off the northwest tip of Panay Island in the Western Visayas Region in the Philippines.  The island is approximately seven (7) kilometer long, in a dog-bone shape with the narrowest spot being less than one (1) kilometer wide and a has a total of 10.32 square kilometers.  On the east coast of the island, strong winds make the Bulabog a hub for water sports. Offshore, coral reef and shipwrecks are home to diverse marine life.  In the 1970s, Boracay had been discovered to be a great destination for local tourists and some foreign nationals who had been brought to the island to relax after enjoying the Ati-Atihan festival in Kalibo, one of the municipalities in the Panay Island noted for the Sto. Niño Festivities.  Even in 1970s, the place had been one of the locations for filming movies, best choice for budget backpacker tourists and location area for TV Ads filming.  In the 1990s, the Boracay beaches were acclaimed as the best in the world and this was the beginning of Boracay’s full tourism development under the Management of the Tourism Infrastructure Economic Zone Authority of the Department of Tourism.