Philippines, an archipelago of seven thousand, six hundred islands and counting, has been in continuous threats of climate change, drought, and other environmental risks. Located along the pacific ring of fire in the group of Southeast Asia countries, which serves as a geographical challenge for the country, it also has drastically increases its population growth by 323% from 26 million to 110 million Filipinos after its liberation at the end of WWII.

The Philippines is composed of three major islands, Luzon, Visayas and Mindanao. Luzon is the largest in terms of area and population which is 60% of the whole country’s population and houses the national capital region of Manila, followed by Mindanao which comprise the other 24% and Visayas being the least populated and has the smallest combined land area of its islands. 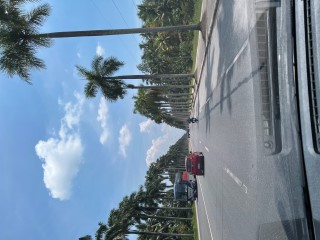 One of the largest provinces of Mindanao is Davao Del Norte where in Tagum is a component city strategically located at the heart of Davao del Norte. According to the 2020 census, it has a population of 296,202 people making it the most populous component city in Mindanao. While an inland city, Tagum also has a coastal area that relates to major road systems. The city functions as the seat of the Provincial Government and serves the commercial and agricultural center to other major cities in the rest of Mindanao.
During the previous years, flooding and landslides are frequent in the city of Tagum with an estimated occurrence of once every year, usually along Tagum-Liboganon and Hijo Rivers, and the coastal area. Since most of the city’s barangays are located by the rivers and the coastal area, these became a hazardous problem of the Department of Public Works and Highways Region XI (DPWH-Region XI) which is responsible for public roads, stormwater collection and drainage systems and other public infrastructure projects of the government. In the aftermath of Typhoon Bopha (Pablo) in 2012, the strongest to ever hit Mindanao, the province lost PHP 4 billion worth of crops. The year after, in 2013, typhoon Podul (Zoraida) struck shortly after Haiyan (Yolanda). In Tagum, waist-deep flood water affected 462 families across eleven barangays.

It was reported that early this year, January of 2022, Tagum City Government in Davao del Norte has declared a state of calamity due to incessant rains that triggered flooding which resulted to damages worth P3 million in both agriculture and infrastructure. In lieu of this, the key river basin stakeholders in Mindanao together with DPWH Region XI, Department of Environmental and Natural Resources (DENR) and other government agencies joined hand in hand to form the Integrated Flood Resilience and Adaptation Project that started last year, 2021. This group is pushing for an integrated effort to protect and sustain the island’s fertile river basins and watersheds and mitigate the tremendous flooding problem it the whole of Mindanao.

The Tagum-Libuganon River Basin (TLRB) covers a total area of 3,151 km². It is drained by three (3) main tributaries - the Tagum-Libuganon River (1,272 km²); the Saug River (1,075 km²); and the Tuganay River (804 km²). The rivers of the TLRB drain into the Davao Gulf in the southern part of the basin. The Tagum-Libuganon River collects runoff from the hills of Kapalong and Talaingod, located in the northwestern part of the basin, with peak elevations higher than 1,000 masl. The remaining upstream areas, from north to east, do not exceed 500 masl. Only 10% of the TLRB presents elevations higher than 500 masl. (Integrated Flood Resilience and Adaptation Project 1, March 2022). Originally, the stormwater collector of the city is designed using reinforced concrete open canals but has been proven ineffective due to heavy siltation, clogging and overflow. The floodings was brought about by poor flood control and drainage facilities and was compounded by the effects of climate change i.e. too high flood discharges. From the technical point of view, the floodings was found out due to insufficient draining capacity of the waterways. Further, the decreased carrying capacity of these waterways, either natural or man-made is caused by watershed degradation i.e erosion and the natural phenomenon of land and riverbank slides which contribute furthermore to sedimentation of the waterways or rivers.
First of the implemented solution is a stormwater catch basin along the major road of Tagum city which uses a large diameter HDPE pipeline of DN/ID 3000mm. The first phase has already started of about 100 linear meter approaching the outfall towards Tagum-Libuganun River. 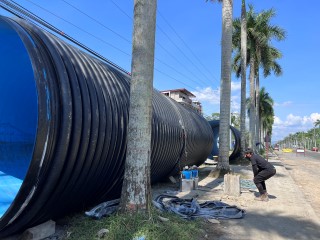 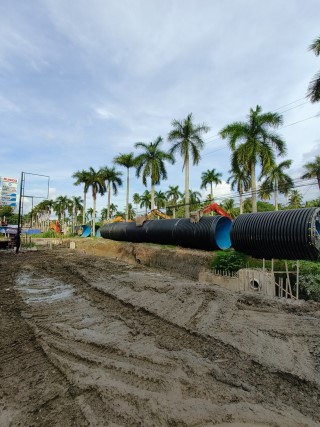 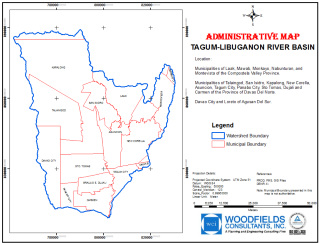 The three-meter diameter pipes were pre-jointed on the side of the road and will be installed off-road that will connect to the existing open canals made of concrete. The totality of the program aims to replace the existing open canals with krah pipes in varying diameters as it go upstream towards the heart of Tagum city. Up to the date of this writing, this is the largest diameter of HDPE pipes that has been installed in the country. With the full support of DPWH and DENR, we at Krah Asia are looking forward in being one of the components of solution to the flooding problem in the country and even in the whole of Southeast Asia.

We use cookies on our website. Some of them are essential for the operation of the site, while others help us to improve this site and the user experience (tracking cookies). You can decide for yourself whether you want to allow cookies or not. Please note that if you reject them, you may not be able to use all the functionalities of the site.