A magical work on the shores of Nahuel Huapi Lake, Argentina 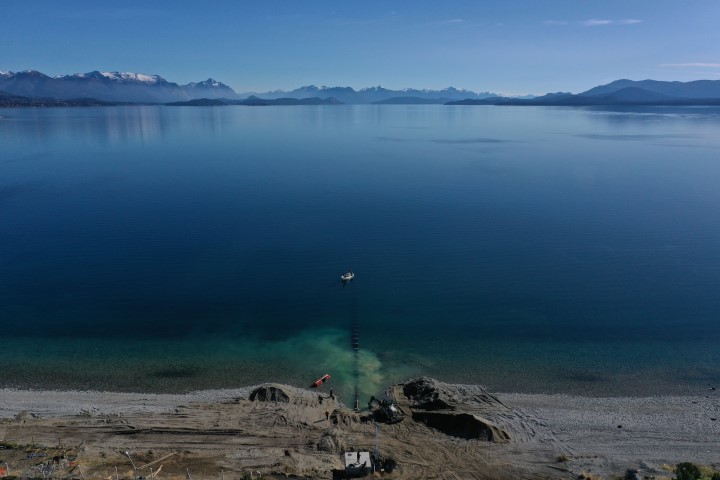 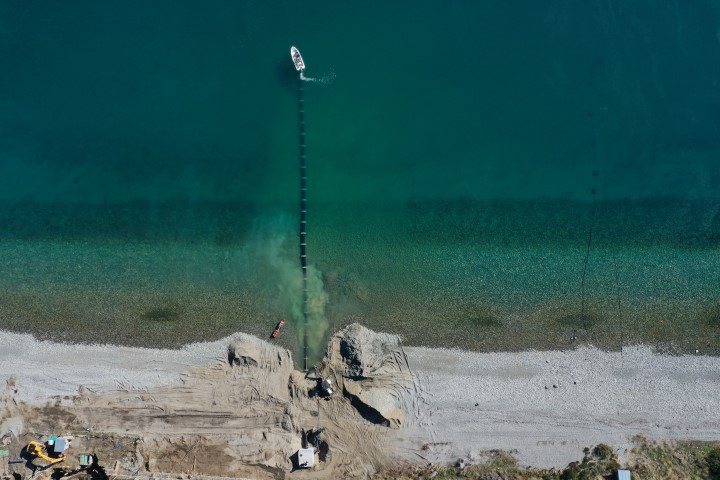 The work on the Treatment Plant is close to completion, which consists of expanding capacity by the construction of a new module and the incorporation of a currently  non-existing grease removal unit, with these new facilities the plant will fulfill the treatment requirments  of an ever growing city maintaining the Nahuel huapi lake water cristal clear.The submarine outfall is 80 meters length and has a diameter of 0.8 meters. The pipes were joint by the unique Krah electrofusion system. A Little more about Nahuel Huapi lake… It´s located within the Nahuel Huapi National Park, has a surface of 530 km2, rests 2,510 feet (770 m) above the sea level. The lake depression consists of several glacial valleys carved out along faults and Miocene valleys that were later dammed by moraines. Its seven branches are named Blest , Huemul, de la Tristeza, Campanario, Machete, del Rincón and Última Esperanza. It is connected to other smaller lakes such as Gutiérrez, Moreno, Espejo and Correntoso. The deep-blue waters hold a number of islands, most notably Isla Victoria with an area of 31 km², and Isla Huemul. In the rivers, lakes and streams we can find a number of various fish species including the natives: perca, puyen and the Patagonian pejerrey; and some introduced species such as rainbow trout, brown and brook trout and salmon.In the Andean-Patagonian forest, we can find a large number of native tree species such as: Coihue, Maiten and Radal; and, in more marshy areas: Arrayan and Patagua.If you are lucky enough, maybe you can see some autochthonous mammals such as the Pudú-Pudú or midget deer, the Hhuemul (deer), the Puma and the Huillín or river otter, the Red Fox, the Zorrilla, the midget weasel etc., these are scarce and can rarely be seen.

Amongst the exotic fauna we have the Red Deer, and herds of Guanacos that can be watched on the slopes of Valle Encantado. The avifauna is represented by the Cormorant, Cauquen, Bandurria, Gull, the Woodpecker, the Great Bustard, etc. The large common Grebe or Huala, the Bandurria, the Bustard and the gullible Chucao, can be easily spotted. You can also listen to the sad whistle of the Fio-Fio. The birds of prey are abundant on the steppe; and the best known, the majestic Condor, is on high summits. Who had not tremble at watching the magnificence of its flight…?