A new Hawle drinking water reservoir made of Polyethylene pipes was put into operation in the northern German community of Teterow. This reservoir is a supplement to an existing concrete structure that has reached its capacity limit. Drinking water reservoirs are an important element of the secured drinking water supply in Germany and for many years now, investments have been made in this area with an increasing tendency to secure the water quality and supply in the future. 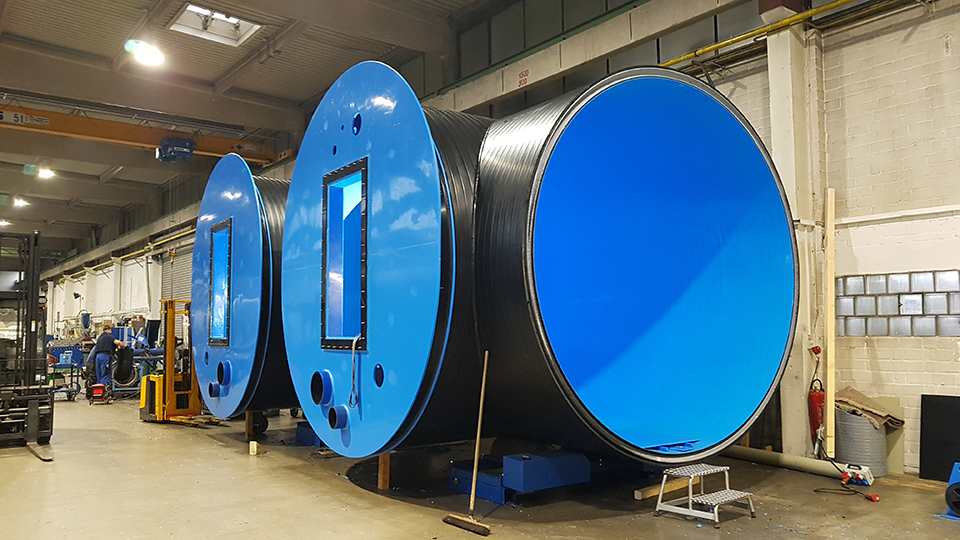 The aim is to modernize, expand and renew existing systems to make them sustainable and economical. Polyethylene structures are often explicitly desired, they generally replace concrete structures and are characterised by low production and installation times, reduction of operating costs and a long service life of over 50 years. Due to this development, the DVGW regulations W300 Part 6 were specifically introduced in 2016, in which Polyethylene storage tanks are explicitly taken into account.

Due to the high degree of pre-fabrication and the comparatively low weight, the effort for transport and handling on the construction site is very low. The entire storage tank in Teterow, for example, was completely assembled within only 2 days. Municipalities and construction companies appreciate the reliability due to the prefabrication, so one is largely independent of weather influences and delays caused by bad weather are avoided. 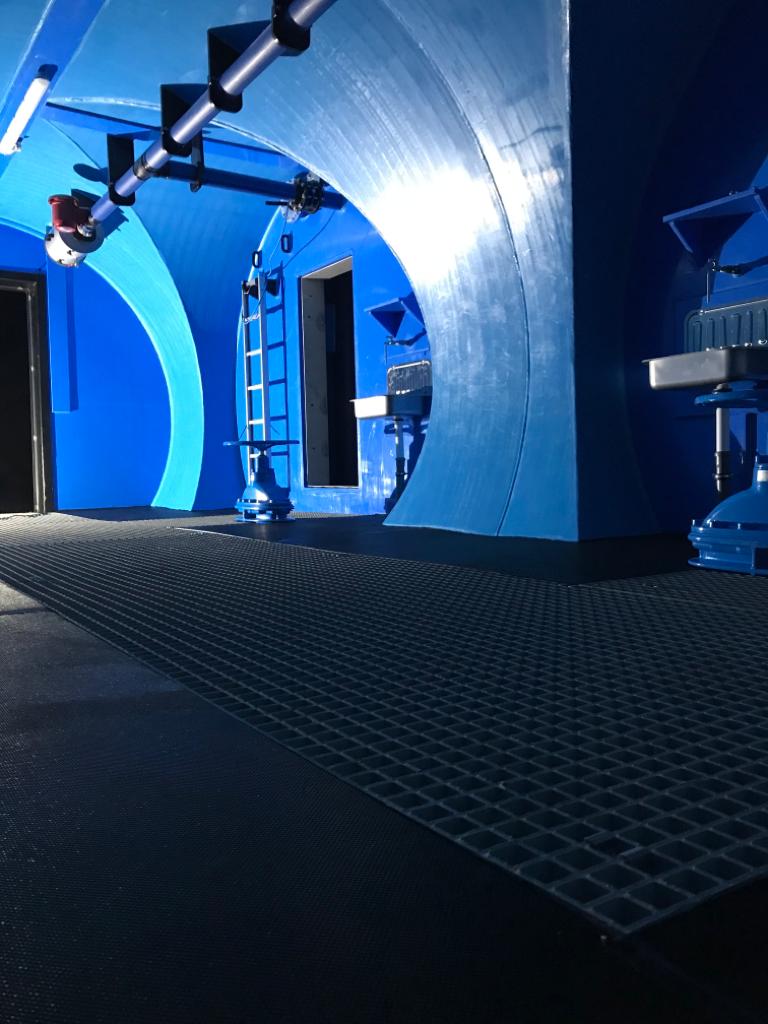 The storage structure consists of an operating room and two storage pipes branching off from it. All components consist of Polyethylene winding pipe (PE100) in DN/ID 3400 and are homogeneously connected to each other. The pipes were manufactured in Wiehl, according to DIN 16961 and 16917. The approx. 9 m long operating chamber, which is accessible via a stainless-steel safety door, houses the necessary piping technology, including Hawle shut-off valves and the electrical engineering.

The two storage pipes are each 30 m long and connected to the operating chamber via pressure-proof doors. Through sight glasses, the internally illuminated storage tank can be visually inspected at any time. The ends of the storage pipes are closed by end plates, which are double-walled just like the storage pipes and the operating room. The entire reservoir structure was prefabricated in components of up to 15 m in length and expertly assembled on site by Hawle employees. All pipe connections made at the factory and on site are also double-walled. This enables a complete and homogenous vacuum leak test to be carried out at the end of the installation work. For this purpose, the double-walled room is subjected to a vacuum of 100 mbar and the test is documented accordingly. The new water reservoir of the municipality of Teterow with a total volume of 500 m³ is fed with treated drinking water from a supply line OD 450, the withdrawal line is designed in OD 355. The water reservoir was later covered with soil and harmoniously integrated into the natural landscape.