After the success of Boracay Island’s drainage rehabilitation and road widening last November of 2018 (we reported in ImProfil magazine no. 18), the Department of Public Works and Highways (DPWH)—the agency which spearheads the development of the country’s various infrastructure and major roads and highways, drainage system projects, has fully accepted the benefits of changing the conventional reinforced concrete pipelines and box culverts to Krah Pipe’s innovative technology of large HDPE pipes. 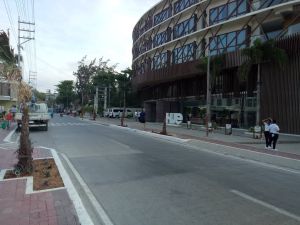 In December 2017, DPWH has issued Department Order No. 147 adding item no. 706.14.2 Structured Walled Pipes in their Standards and Specifications book which contains all accredited materials that can be programmed and utilized to DPWH various projects. This was approved by the Bureau of Research and Standards (BRS) under the leadership of Director Reynaldo Tagudando. The Boracay Island rehabilitation phase 1; which comprises to a total of 7.5 km of Krah Pipe diameters ranging from DN/ID 1000mm to 1500mm and was completed in a span of 4 months, under the DPWH Region VI in the Visayas region was a breakthrough for the other implementing regions to adopt Krah Pipes in various projects on improving their major drainage systems in their respective cities and provinces. 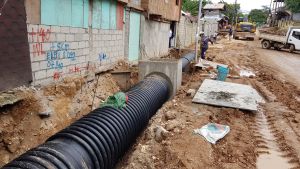 Boracay Rehabilitation Phase 2
In the first quarter of 2019, under the Tourism and Infrastructure Enterprise Zone Authority (TIEZA) with the support of Department of Environment and Natural Resources (DENR) and DPWH, the continuation of Boracay Island’s rehab commenced. Krah Pipes structured wall of diameter DN/ID 1800mm, the largest diameter yet supplied and manufactured in Krah Pipes Manila plant, are being installed with a total length of 1.4 km along the secondary roads of the island that was originally designed by the agency as box culverts for drainage outfall. The general contractor’s site engineer, Mr. James Dalupang stated that “sa original design na box culvert, siguradong matatagalan” (with the original box culvert design, the installation will be too long). With the use of krah pipes, they are having an output of 12 lm/hr which is three times the installation speed with concrete box culverts.

Davao City Pilot Project
Davao City is known to be the main trade, commerce and industry hub in Mindanao and the Durian capital of the Philippines. It is also the hometown of the country’s incumbent president, Honorable Rodrigo Roa Duterte. With the spearheading of Regional Director, Engr. Allan Borromeo of DPWH Region XI together with Director Reynaldo Tagudando of BRS, krah pipes were first installed in Mindanao for a drainage system pilot project last June 2019 along Damaso Suazo St., Davao City.

DN/ID 1000mm pipes were installed with a total length of 200 lm that was completed in a span of 8 days. In line with the support that DPWH Region XI has given, new large projects were programmed with Krah Pipes, namely Davao Coastal Road—a 4km major highway, Tagum Coastal Road—21 km highway of DN/ID 2000mm in Davao Del Norte and La Verna Flood control project—1 km of DN/ID
3000mm all of which will be implemented in 2019. 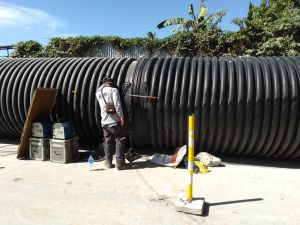 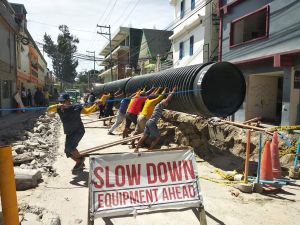 No heavy machinery is needed, pure manpower can install a Krah pipeline!

Metro Manila’s Adaptation of Krah Pipes
Alongside with Davao City, Manila—the country’s capital with an area of about 38 square meter, one of the oldest cities in the world and was named 2018’s most densely populated city proper in the world, has also implemented a flood control project using load-bearing Krah Pipes with a diameter of DN/ID 1200mm that were installed along Zapote road, Las Piñas City in Metro Manila. 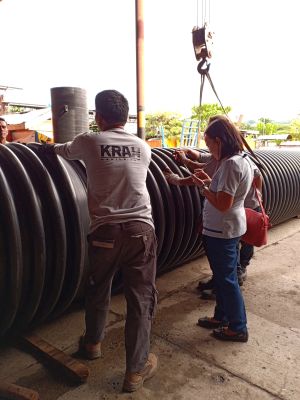 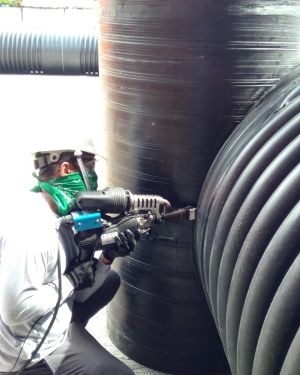 It was implemented by DPWH District Engineers office of Muntinlupa and Las Piñas City. Zapote road is a busy highway connecting to Cavite Expressway that leads to Ninoy Aquino International Airport and various major highways like CP Garcia and South Luzon Expressway. Due to its location, the rehabilitation of existing concrete pipe lines were originally expected to result in heavier traffic and clamor from nearby stakeholders and the public. But the concerns were addressed by the replacement of concrete pipes by Krah Pipes. It made all the necessary easiness of installation and expedited the process with a guarantee of long lifespan after installation. The jointing of pipes via electrofusion was done along the trench beside the traffic of cars and other vehicles and the project was completed in less than a month. With the continuous support of DPWH and its regional and district implementing offices, more drainage and flood control projects are being programmed with Krah structured wall pipes. Together with our commitment is to be a solution provider, we render our cooperation with the government’s initiatives and the president’s Build, Build, Build program for a better Philippines! 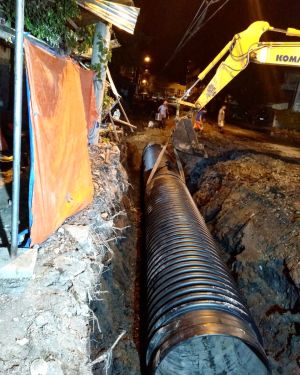 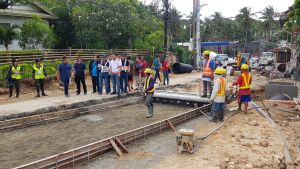 Installation and placement of the pipeline in the streets of Boracay