1. Gustavo, you have been in contact with the Krah company and Alexander Krah for nearly 20 years. How did you first meet and how did the relationship develop?
Our first contact with the Krah company was through a brochure that came to my hands around the year 1998. At that time, I made contact with Alex whom I personally met some time later at a plastics exhibition in Buenos Aires. From there, we began to work together, first exploring potential interested in technology within our region, and later starting Krah America Latina challenge in Argentina. Nowadays I can say that Alex, more than a supplier, is a great friend. 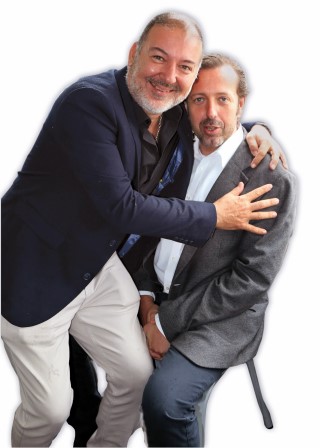 2. What was the reason to set up a pipe production plant in Argentina in 2004? Was there a special project?
Yes, initially we were able to obtain an important contract for the supply of sewage pipes in Buenos Aires. Argentina was emerging from a deep economic recession and sanitary infrastructure market was booming. We loved Krah technology and we wanted to produce locally. A few months earlier we had managed to obtain a small contract for the local sanitary company, and to supply that project we imported pipes from Germany. It was a success, which motivated us to take the next step.
The story is that when the machine was already shipped from Germany to Argentina, they took away the contract that we had, citing standards issues. Therefore, we had to go out and look for a new contact in the few days we had until the equipment were arrived. Luckily, we got it with an important work in the south of Argentina.
Finally, we were also able to reverse the other contract and obtained at least part of it.

3. You had some hard years because of the weak Argentinian economy. What did you do to continue and stick to the pipe production?
Although the Argentine economy had, and still has, many ups and downs, our maximum initial production capacity could cover only a small percentage of the market, even in the worst moments, which we could achieve in one way or another. This condition and the high pipes profitability allowed us to withstand these bad moments.

4. After those hard days you bought your second machine in 2015 and then another two brand new KR800 production machines recently installed in San Juan, what brought the change in your business and made you grow that quick and big?
Once we were able to issue local standards, make known the product and the Krah brand, build trust in the system and have experience in the region, the work was greatly facilitated. Nowadays, the product and the brand are considered technological leaders in our region and, what positions us as the best alternative in terms of cost, service and technology. We also started the production of pressure pipes, entering a very large and demanding market. One of the important milestones in this change was the 4 meters and 220 mm wall thickness pipe development, which positioned us very well within the market. This growth forced us not only to expand our initial production capacity, but also to decentralize this production to optimize logistics costs, within a very large region such as Argentina.

5. You have just opened a subsidiary on the other side of Argentina, in San Juan province, close to the Chilean boarder. What do you expect from this second production facility?
This new plant, recently inaugurated, aims to produce large diameter pressure pipes for north western Argentinean market and for nearby export markets. It consists of two KR800max lines specially arranged to achieve high productivity levels with low operating costs. New mandrels pre-production heating and conformed pipes cooling systems have been developed, which will allow us to enter a high-volume market in which we did not participate before.
We have great expectations to position ourselves as the largest producer of large diameter pipes in pressure and non-pressure applications in the region.

6. In San Juan you are mainly producing solid wall pressure pipes. Why there is such a great demand for those kinds of pipes in Argentina and what is the application?
Argentina is a country with a large deficit in water infrastructure area. The great demographic growth that exists in the country obliges the provincial governments to invest in new sources of drinking water supply for this growing population. On the other hand, Argentinean north western region is poor in water sources and therefore, it must be brought from faraway places, usually in the mountains. For this reason, mains must be for high pressure rates, for long distances and large diameters.
This project is an approximately 50 km length aqueduct to draw water from a lake called Punta Negra, located in the west side of San Juan province. 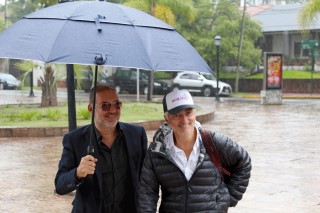 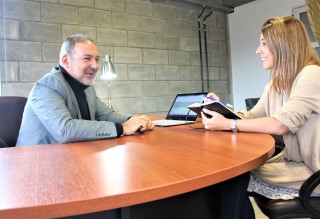 7. Being the this year's community host, tell us a little about your experience with the Krah Community please.
The experience was incredibly exciting. For us it was a whirlwind of emotions, not only for the KCM but also for the opening of the new plant and the start-up of the new lines KR800max. I have been lucky enough to participate in almost all the KCM since its inception and I can affirm that it is a very special moment for all the participants, where in addition to sharing technical and commercial experiences, we also share very pleasant moments, we reinforce friendship ties, we travel spectacular cities and we meet new people who join the group. This year we had to be the hosts and that means having the responsibility that everyone has a good time and feels comfortable, far from home. To achieve this, we set up a working group 6 months before, with people from Argentina and Germany, who worked together in a synchronized and efficient manner. The result was spectacular! Personally, I was very involved before and during the meeting, and I will keep those days in my mind for all my life.

8. How was it for you to have guests from 15 different countries all over the world showing them your country, business and lifestyle?
Tremendously exhausting and enriching. Combine the needs and customs of so many different and distant cultures in a real challenge, which I think we could meet.

9. Some personal questions to terminate the interview: What is your favourite food?
I should say it is Argentine meat, but my daughter Renata is teaching me veganism and my tastes are adapting.
Anyway, I could say, given my Italian origin that spaghetti with "pesto-pasta" is one of my favourites.
Nor should I forget about the German Schnitzel mit Bratkartoffeln…

10. What are your favourite places in the world?
I have my heart broken. My origins are Argentine, and I love this country, but I have lived a few years in Santiago de Chile, and I have many beloved people there. Also, it's hard for me not to visit Cologne frequently. If I could be three people, these would be my addresses ...