Written by The boss. Posted in Krah - News

and how the Krah Group is working against it

Since 1989 the mass of insects in Europe has decreased up to 76%, Bees alone cover an amount of 30% (NABU). It’s a topic which is constantly present, but nobody seems to take interest in it or label it as a matter which is exaggerated by animal rights activists. 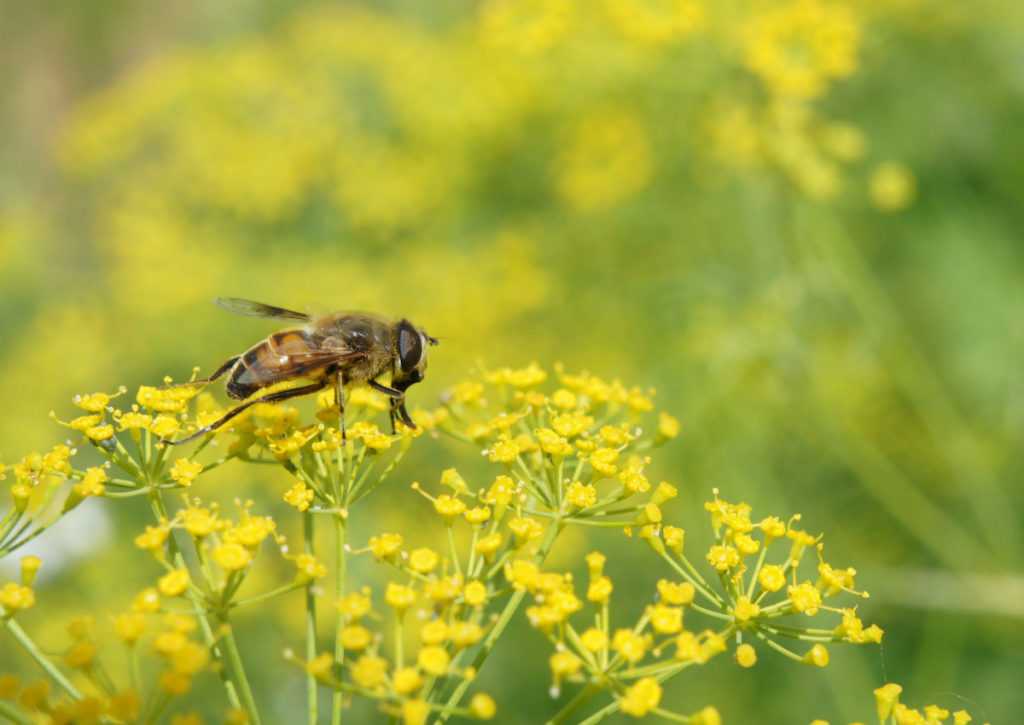 Fact is that modern agriculture, climate change and habitat destruction lead to massive cuts in the number of Europe’s insects. One third of the food we eat wouldn’t exist without bees.

Honey, apples, berries, cocoa (chocolate), cucumbers, pumpkins, cotton, oils, herbs, nuts, creams, make up.. just to name a few. This is no joke, this is the reality as it could be in 20,30 or even 10 years. But why has it even come so far?

The factor we can influence the most is modern agriculture. The modern agriculture uses around 2.5 kilograms of pesticides per hectare of arable land per year. In sum that’s almost 40.000 tons in Germany per year. Pesticides, especially glyphosate or neonicotinoids, are mostly used in large companies which live from agriculture. They grow various fruit and vegetables and want them to look nice, perfectly shaped and free of small insects like bugs or worms. To reach that they spray the fruit or vegetables with pesticides, so they can guarantee a perfect-looking, shiny end product, because that is what today’s society wants. And this is where the dilemma begins.

The obvious pro of conventional agriculture is the output. While the biological agriculture reaches 75-87%, the conventional reaches 100%. Also, the price for biologically produced food is a little bit higher than “usual”. But what are these factors compared to clean, non-poisoned foods and animals living in much better conditions? Animals that aren’t fed with preventive medication and antibiotics (which we then take up), animals that can live free and aren’t squished together in a tiny stable with no sunlight or hygiene?

Additionally, as side effect, no insects or bees are attacked or poisoned with chemical plant protection products. But insect mortality isn’t the only problem we are facing if we keep on acting as if we had a planet B. Most birds feed from insects and worms. Accordingly, the number of birds has also decreased up to 50% in the past 30 years. So Krah has decided to take a seemingly small, but effective step towards insect protection. For the past decades the lawns next to the company have been kept short due to optical reasons, but now we have seeded a large flower meadow. It has 3500 m² and has many different flowers for bees and insects to ensure a safe “resting place” and feeding station. If all of us would be a little bit more careful with our environment and would actually actively do something about it (such as taking care where and from whom we buy our meat, vegetables and fruit, and thinking twice if we really have to mow all of our lawn with its flowers) we could eventually help the nature and animals to go back to a normal situation again.

In the next issue of ImProfil (largest magazin for large Krah pipe solution) we will hopefully be able to show how the meadow is growing and blooming.