Technical Reports of PE-pipes after widespread catastrophe by Tsunamis, Earthquake in Japan 2011

Our customer and appreciated member of Krah Community „Dainippon Plastics Co. Ltd.” is producing PE-Pipes with Krah Production Technology since the early 80s and has installed a further Pipe Production Plant at Ako plant quite recently. As many of their pipe projects were implemented in the disaster area, the company commissioned the testing of the pipelines.

The following report was delivered by Mr. Tokiyoshi, Dainippon Plastics Co. Ltd. and shows the capability of resistance of PE Pipes… 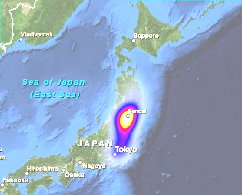 The afternoon 11th March 2011 in local time after Japan was struck by the most powerful earthquake to hit the island nation in recorded history and the tsunami it unleashed - and even as the earth continued to twitch with aftershocks - the catastrophe's massive impact was only beginning to be revealed.

Rescue efforts began with the first light as military helicopters plucked survivors from roofs and carried them to safety.

The 8.9-magnitude temblor, which was centered near the east coast of Japan, killed over thousands of people, caused the formation of 30-foot walls of water that swept across rice fields, engulfed entire towns, dragged houses onto highways, and tossed cars and boats like toys. Some waves reached six miles (10 kilometers) inland in Miyagi Prefecture on Japan's east coast.

We, as Dainippon plastics Co Ltd (Headquarters: Osaka JAPAN) are making HD-PE pipe from 300mm ID to 3000mm ID since 1980. And after struck, we should investigate our pipe’s situation where pipes are buried in the east area of Japan, because of HD-PE pipe has big advantage compared with other pipes with flexible characteristics against the earthquake. Therefore, we have to reconfirm it doesn’t have any damage after struck.

Our technical engineers of the Tokyo brunch office had been to the struck areas to investigate from 23rd May to 3rd June 2011 with Japanese Government’s permission. 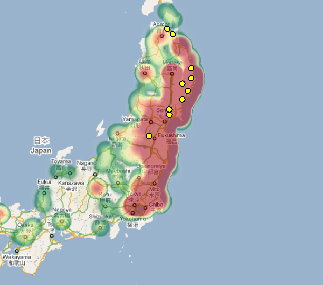 Investigation Items: Ratio of Deflection with the inside diameter measuring instrument
Appearance with the naked eyes

We didn’t have any damage of appearance with naked eyes.

Maximum deflections are 4.1% in upstream area

We didn’t have any damage of appearance with naked eyes.

Maximum deflections are 3.3% in upstream area 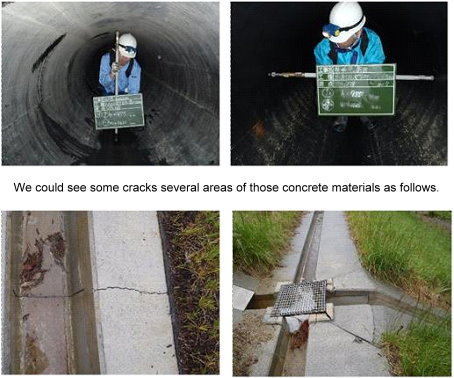 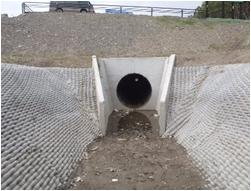 But we didn’t have any damage of appearance with naked eyes when we investigated again.

Here are the results of our investigations where we had been to.

You know, we have no damage of pipes any more, and quality is remained as referenced Japanese Industrial Standard K-6780:2003 by ratio of deflections. (Allowable deflection: 5%) 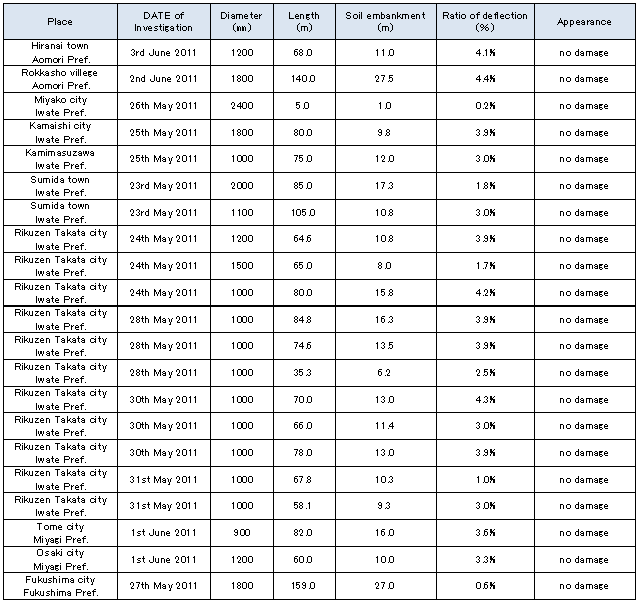 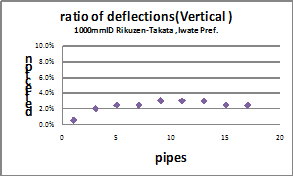 Man holes lifted up from the ground cause of liquefaction,

This pipe was disconnected after earthquake. Pipes are immediately filled by ground water.

Pic 1: Move out the joint

Pic 2 + 3: The length of cracks is 1.4km in succession. Depth of crack is 1.6m between
top of pipe to ground level. Joints are deformed so much.

HD-PE pipes have more potential than other pipes against Tsunami, BIG earthquake.

We as Dainippon Plastics Co Ltd proofed this story with our investigations which were going 21places with more than 1,000km drives through 4 prefectures. Therefore we should recommend and have to spread to use Polyethylene pipes compare with concrete or GRP pipe all over the world.

Finally, through this disaster, over 15,000 people were died and 8,000 people are missing now in Japan. Besides more quarter million people still stayed temporary house around those area. However thank to help our friends over 50 countries support after struck, we could be stand up again near future.

We’ll expect and help to re-build plan in JAPAN with new HD-PE pipeline.

If you have further questions or comments please contact: