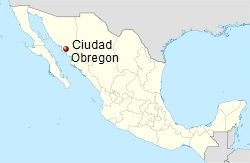 Ciudad Obregon, Sonora a city of 475,000 people in the Northwestern part of Mexico is one of the cities, that has the highest percentage of treated water in the country treating around 95% of its sewage water, and now Krah technology has entered this market successfully. 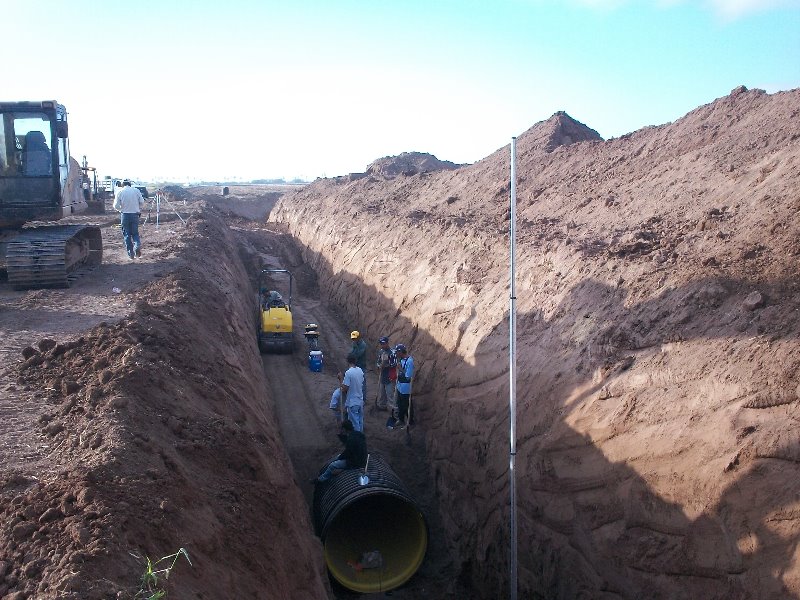 OOMAPAS DE CAJEME, the water organism in Obregon, wanted to replace several sewage lines that converged in the South Water Treatment Plant of the city, which has a capacity of 735 liters per second and started its operation in August 1997.

The installation conditions were 5 meter in depth, clay soil, and high phreatic (groundwater) surface at 20 cm from the ground soil.  Also the lines were to be installed near agricultural fields so this created more water in the soil because of irrigation.

OOMAPAS had already tested a 60 inch corrugated pipe from the brand ADS, which had problems and collapsed in some sections, and Krah Mexico proposed a 60 inch pipe with an SN 3, which performed very well and also reduced the size of the trench they needed to open having savings in their installation costs.

The line was installed by the company Construmaq SA de CV with the help of one of our technicians, Antonio Jaramillo better known as Toñito, doing the electrofusion process.  Pipes were prejoined in our plant or at the field so they were always installed in segments of 12 or 18 meters accelerating installation by doing so.

All the deliveries were made by telescoping pipe and arranging the 60 inch pipe in diagonal so it complied with transport regulations.

The length of the pipe installed was in segments of 120 meters where a manhole was placed.  Once the line was installed every 120 meter segment was tested at 0.5 kg/cm2 with rubber plugs at each end to prove that it was tight.  Every segment passed successfully.

The majority of the joints were done by the patented Krah process of electrofusion. However in the 24 inch line, the water organism wanted to replace a live line, in which Krah pipes with double rubber gasket joint was more convenient and was installed that way.