The goal of Varbla Fish Farm - Starting to produce caviar

„We want to become the largest caviar producer in the region, but it requires additional money and hard work,“ says Kristo Teder, who has been on the board of Varbla Fish Farming Private Limited Company from the beginning. According to Teder, the idea to establish a fish farm in Paatsallu came from fish businessman Arvin Peks in the first years of this decade, motivated by the experience of growing exotic fish of Latvian origin Jevgenijs Mjasiševs. At the same time, the southern neighbor, which had grown up in Russia, America and France, set up sturgeon farming in Uruguay, and although the local owners had no experience in fish farming, it was decided to take risks. Today, Miyashev has left the project because his long absence in Uruguay did not allow him to contribute enough to the company, but in the initial phase his skills and knowledge were of considerable help. A six-hectare property was found in Varbla Parish, where the constructions of the old Paatsalu cattle barn buildings could be used nicely in the construction of the farm. Water samples also showed that groundwater from limestone soils is ideal for sturgeon farming. According to Teder, the construction work started in 2013, the financiers are the owners, Nordea Bank and the Rural Development Foundation, ARIB received about 450,000 euros in support from the aquaculture support EFF measure.

In March 2014, the first block of the farm was launched and the first egg was incubated. At the beginning of 2015, the farm was quite finished. Sturgeon, which is considered to be a royal fish, is farmed here in closed reusable aquaculture systems, groundwater is obtained from a borehole at a depth of 140 meters, and the total volume of water in the systems is 1,400 cubic meters. „We have four systems: an incubator, a juvenile fish system and two commercial fish systems. Technologically, the farm as a whole is working quite well, but the technical systems can certainly be improved to reduce energy and oxygen consumption. Technology is evolving rapidly and changes need to be kept up, ”says Teder. „We buy fertilized sturgeon from abroad and incubate the fry in our incubator. Then they go to the monkey house and are raised to a weight of a few tens of grams. From there, the fish already moves to the commercial fish ponds, where the final product is completed. ” Russian and Siberian sturgeon are currently grown in Varbla. In addition to sturgeons, other fish can be farmed here. „We have done a small experiment with perch for the Swiss market, but now our main goal is to focus on caviar production. If we find additional funding, we will only be a few years away from the target. We want to involve a strong investor with whom to take the project forward. A few hundred thousand euros are needed, ”Teder makes no secret. 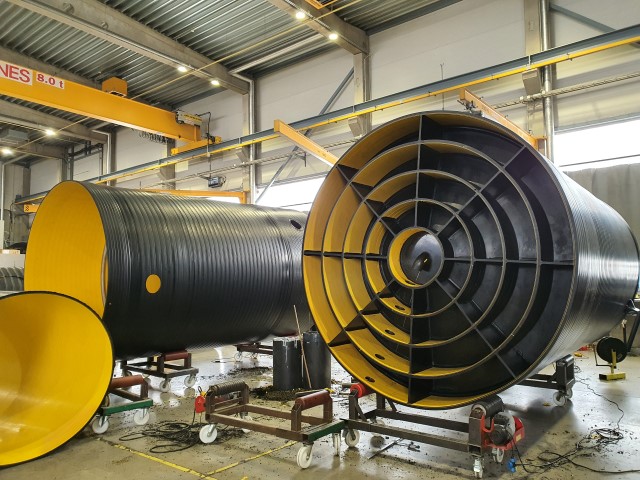 To date, about 80 tonnes of fish have been released from here. „We market three-quarters of the goods in Estonia, the rest goes to foreign markets, mainly to Norway and Great Britain. At the moment, our sales are not large, because we keep the potential of female fish for the production of caviar. The world‘s leading sturgeon farmers specialize in the production and marketing of caviar. The demand for caviar is very high and the price of one kilogram of top quality reaches thousands of euros. At the same time, reaching the finished product is a long process and production costs must be covered during the whole cycle - fish feed, oxygen, electricity, labor. The current owners lack the capital to reach the desired end product. The nature of the fish farming sector also requires different loan products than those offered by Estonian commercial banks, ”Teder opens the current state of the company.

Thus, Varbla understands that sturgeons do not only make a profit from meat production. At the same time, according to Kristo Teder, there is every opportunity for the economic indicators of Varbla Fish Farming to reach a plus. „In general, our goals have been met. We hope to make a profit next year. If we succeed in producing caviar, we will be able to meet our financial obligations in four to five years. On the basis of the existing fish stock, we could produce caviar already in 2018 and we would be able to produce about two tons every year. We are thoroughly prepared. As the only Estonian company, we have CITES accreditation for the production, processing and packaging of caviar. ” In parallel with the production of caviar, the production of fish meat in Varbla will be maintained, although the volume will be smaller: sorted male fish will be sold as meat fish in kilograms or more.When it comes to fish meat, Varbla Fish Farming Private Limited Company has reason to be proud. „We have reached a very high quality fish meat. We have supplied fish to the teams of top Estonian and Norwegian chefs, for example, who competed successfully in the Bocuse d’Or competition this year. Our fish has been on the table during the heads of state‘s visits to Kadriorg Castle and has even been sent to the Michelin-starred Pied à Terre restaurant in London. ” However, there is no point in investing in fish meat alone. Compared to the time of the company‘s establishment, the market situation has changed radically. „The situation is not favorable for us - the traditional Russian market has disappeared”.
(Source: Postimees/Maaelu by Toomas Šalda) 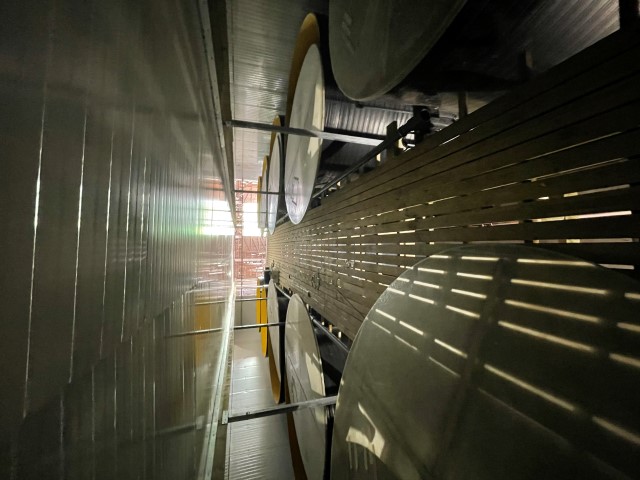 Fish farming company - Jaesto OÜ - is operating a closed recirculated aquaculture system (RAS). Aquaculture system where there are always at least two cultures that need to be taken care of. One culture is the fish species that is farmed and the second is the bio filter culture – symbiosis to balance.  Bio filtration in clear water aquaculture farms can be done via different technical methods like with fluid-bed, fixed bed and with combined bio filter media. All of these methods have different benefits. Mainly the systems are consuming NH3/NH4, which is dropped into water as fish feces or fish feed waste, CO2 that comes from breathing and digesting of wastes in bio filters. Firstly, the RAS is cleaned with mechanical filtration or with water flow sedative as physical help. This stage removes bigger particles. Second stage is bio filtration with different mid-stages to take care of water chemistry. The black HDPE containers are set-up to clean the Aquatic environment so that successfully cleaned water is reusable again. The material is good because it is durable and easy to modify if needed. This is how the circulating aquaculture system can save cost efficiently the water resource that fish and other aquatic organisms can grow with a small footprint on the surrounding environment. Krah Pipes OÜ got the request for 10 ID3000 H=5000 tanks in December 2020. At first it was a simple task: ID3000 VW16 tank with a bottom out of 30mm PE plate. As we got more involved with the project and the more we talked with the client, it became clear that it will not be a project that we thought it was going to be. In the end it was a tank with cone bottom with pipes going through under the bottom. It took ca 8-9 days for 2 men complete one tank. Most challenging tasks were bending and butt-welding the cone bottoms. Also reinforcing the cone bottom with diferent diameter VW pipes (ID600 VW28; ID1200 VW28; ID1800 VW30 and ID2400 VW30)First tank was ready to be shipped out in the beginning of March 2021. Last tank was shipped out on 26.04.2021. The client was really happy with the end result altough the beginning was rough. The client was really time sensible as they had 5 tons of small fish waiting to be delivered and there was a chance that if the construction was delayed the fish might not make it. In the end everything worked out well and the fish are ready to move into their new home.