Modern and sustainable sewage systems for a future-oriented water management 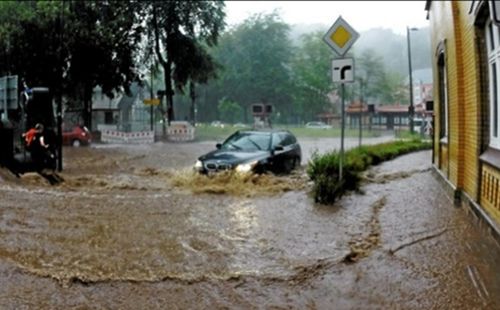 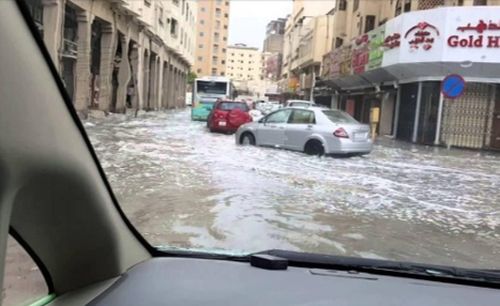 Water is the most important aliment for humans, as well as a good which can’t be missed from any area of life. Whether it’s in agriculture, industry, household or in your free time. However, water can also become a danger in contaminated form. With the dawn of civilization, the aim was to discharge contaminated water in canals and pipelines as so-called sewage, just as fresh water was fed into pipelines. Piping systems are, so to say, the veins of our civilization and an essential part of the underground infrastructure. Today, for reasons of sustainability, it is increasingly becoming a declared goal to use water as much as possible in multiple ways and ideally to keep it in circulation or in an extended cycle. The degree of expansion of the water cycle in pipes, canals and plants, in which water is transported, stored, distributed and treated, depends strongly on the locally available drinking water resources. If, in extreme cases, there is no source of fresh water, a complete water cycle, such as in space travel, for example, is even vital. 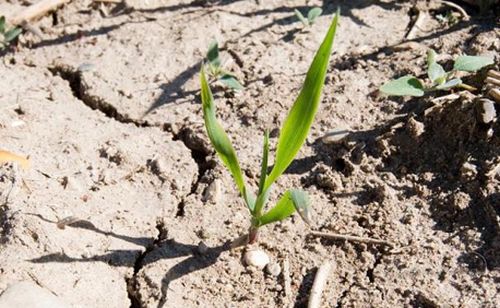 Climate change, water scarcity and urbanization  probably are the most important challenges of our time, which affect every country worldwide – if also in different intensities. Current studies show that the rain period in the Near and Middle East will be shortened by half by the year of 2100 – the dry period will be doubled at the same time. This will increase the current water problems and have dramatic consequences such as long-lasting drought periods, desertification or torrential heavy rain. We can’t afford treating water so badly in the future. Which also means that the supply and disposal networks also must be adapted to the new challenges and changes. This calls for a sustainable and modern water management, which basically means:

Sewage and drainage pipe systems play an important role in water management. If these systems are on the state of the art and properly working, all factors listed above can be positively influenced. A modern and future-oriented canal infrastructure shows the following features:

This will be explained in the following using the Krah pipe system as example. Krah pipe systems have been used worldwide for decades under the synonym and brand name “Krah Pipes” for underground pipe construction dimensions. Depending on the application, laying conditions, static requirements and operating pressures, profiled or solid wall Polyethylene pipe systems are produced. The success of the Krah pipe system is based especially on its well thought-out and permanently tight connection system, the flexibility, the material-typical and normative secured longevity of more than 100 years, the large variety of diameters (from DN300-DN5000) and of course the use of high-quality, recyclable Polyethylene pipe materials. These advantages are not only appreciated in Germany, but all over the world and thus also in the Arab world. Today, Polyethylene pipe systems are manufactured in Krah production plants in more than 50 locations. This machine technology “Made in Germany” has become widely accepted especially in those areas where the underground infrastructure is still being built. On the one hand, this is due to the great backlog demand, but also to the awareness of the necessity of a safe, sustainable and long-lasting pipe system.

Adapted to the conditions on site, Krah supports the locally responsible people with know-how transfer in the construction and operation of factories and thus supports the creation of new jobs. This also includes appropriate trainings for management, employees and pipe fitters, support in the establishment of a quality assurance system and the promotion of the exchange of experience with other factories worldwide. The application of Krah pipes is possible in diameters from DN/ID300mm – DN/ID5000mm, which has the big advantage of being able to build whole pipe systems in monolithic design. That means that pipes, fittings, tanks as well as dams and reservoirs can be manufactured from one material. This monolithic design also includes the connection technology, for modern Polyethylene pipe systems are delivered with an integrated electro-fusion socket. This technique enables a permanently tight connection by simply pressing a button and this within minutes. This non-detachable and axially tension-proof connection technology offers, together with the great flexibility of the material and pipe system, an absolute, homogenous, flexible pipeline, which also guarantees the needed density during soil movements or placing. Even during earthquakes this system has proven itself. The tight connection or the permanent loss-free transport should actually be a core requirement for any pipe system. Unfortunately, however, reality shows figures that cannot be reconciled with this. In Germany, underground supply pipes alone are assumed to lose more than 10% of water; in other European countries, the loss values sometimes reach 20 or 30%, and in the Middle East even peaks of more than 50%. For disposal pipe systems there is a lack of reliable figures for the actual water loss, but surveys and projections by the DWA for 2015 show that in Germany, for example, approx. 20 to 25% of sewers show medium, severe or very significant damage. The type of damage has also been investigated and evaluated in detail several times in the past. The results show that more than 1/3 of all damage in sewer systems is due to leaking joints, shifted joint connections and defective connections. These are all good reasons for a flexible and homogeneously welded Polyethylene pipe system. 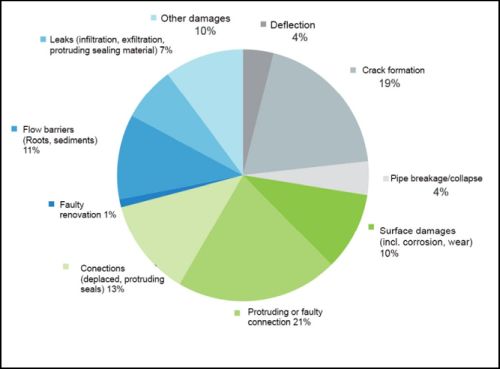 But exfiltration of waste water shouldn’t only be the loss of a processable material, but more like a contamination of the surrounding soil or groundwater. In addition, unwanted infiltration of groundwater and surface water can overload the sewer system and the volume of wastewater to be treated increases accordingly. Apart from the environmental damage, this is a cost factor not to be underestimated for sewage treatment plants integrated into the wastewater pipe network. Against this background, and considering the state of the art, it is even more incomprehensible that pipe systems that are plugged, are put out to tender and used. A homogeneous and welded pipe system is clearly the better solution and not more expensive. Moreover, it is an instrument for saving costs in the future, either by reducing operating costs or by avoiding follow-up costs, such as repairs, undermining roads, contaminated soil and other aspects.

Besides the loss-free transport, sewer pipe systems also have another important task. Due to their storage volume they can be an important control unit for water management. Germany alone has a sewer network of around 1.800.000 kilometers, 600.000 of them being public channels. The public network in Germany would be able to go around the globe 15 times if it was strung together. The storage and intermediate storage volume provided by the system is correspondingly large, plus extra-dimensioned, large-volume storage channels. Sensibly integrated into the sewer network, such water reservoirs reduce or prevent flooding, as has become increasingly common in recent years with the extreme weather events of recent years (see Figures 1 and 2). In Germany alone, there is an increasing trend towards more than 50,000 such decentralised integrated intermediate storage tanks/storage channels. This type of decentralised water storage is currently still rarely found in the Near and Middle East; far more often, large above-ground construction measures such as dams etc. are found. With the Krah Pipes production and manufacturing technology it is possible to manufacture such decentral storage facilities including directly connected manholes in modular construction and pre-fabricate them in the factory. This saves a lot of time during installation and enables complex structures. 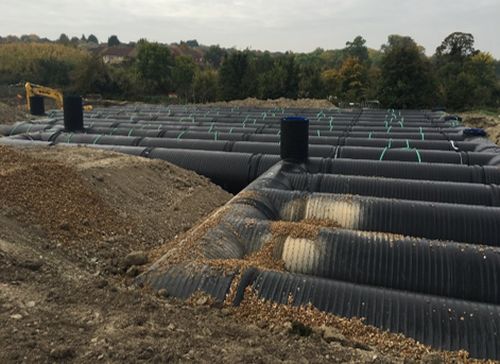 To use the rainwater, the pollution on the way to storage must be kept to a minimum, either by fluidic and hydrostatic devices or by targeted filtering. The typical further use is then in the irrigation sector, in subordinate water applications in the household, e.g. toilet flushing, storage of fire water or also industrial applications. In view of the water shortage of last summer, it becomes clear how urgently necessary a rethinking in households with water supplies is. The withdrawal of water from such artificial reservoirs conserves natural water resources. Here, the requirements and points of view differ considerably, both nationally and internationally. Religious aspects can also play a role in the use of so-called “grey water” (faecal-free wastewater). Targeted percolation can also be quite useful. Especially against the background that the climate has already noticeably changed and the increasing soil sealing, especially in the cities, has an additional influence. For the first time since the mid-2010s, more people worldwide are living in cities than in rural areas. In the world’s metropolises, the associated land sealing is leading to a reduction in natural seepage and thus also to less evaporation. This in turn causes local temperatures to rise, with corresponding consequential costs. Finally, when talking about integrated artificial water reservoirs, on the water supply side there are also corresponding drinking water reservoirs, which in recent years have increasingly been manufactured from Polyethylene pipe systems. Here again, the reasons are, in particular, the permanent tightness and the longevity, as well as the possibility to prefabricate the structures in the factory including all necessary installations (valves, piping systems, electrics) due to the low weight and the modular design. Krah customers from Germany are worldwide leading in the field of these polyethylene structures and drinking water storage tanks. With regard to the application in Arabic countries, this results in good possibilities of cooperation in planning, manufacturing and operating such structures.

Krah Pipes infiltration pipes, Oman (with and without Geotextile-filter fleece)

A functioning and safe pipe network, in which water is transported without loss, distributed and stored in a targeted manner, and discharged and treated, is the basis for sustainable and future-oriented water management. Waste water is polluted water and thus a valuable material that can be reused or treated and kept in circulation with our technical possibilities. Flexible and homogeneously welded polyethylene pipe systems offer the necessary security against leaks and for a long service life in all nominal diameters up to DN 5000 mm. Today, modern systems such as Krah Pipes are expected to have a service life of more than 100 years and even after that, the material polyethylene can still be 100% recycled.

Exfiltration’s and infiltrations of leaky sewer pipes lead to avoidable environmental damage and consequential costs. The longitudinal force-locking welded joint is the most economically and ecologically sensible joining technique for underground pipe systems. Another important task of pipe systems is the decentralised storage of water or wastewater. Decentralised storage is an essential control instrument for counteracting extreme weather conditions. They are a useful supplement to above-ground dams and storage structures. The modular design of such structures made of polyethylene and their factory prefabrication create advantages during installation and open up to potential savings during operation.